Status update for the end of October 2020

It's been a long week of programming - grappling with new concepts and trying to keep apace with the rest of the team.  On the plus side, things are starting to get a bit more intuitive - but there is still a mountain of knowledge left to learn.  C, C++, bash, grep, regex and Houdini to name a few, are still relatively undiscovered countries, and each of them take time to learn.

Meanwhile 4 irons are in the fire, if any one of them catch on it could be very exciting news for us - but I'm not holding my breath.  At home I continue to develop my Nurbs-surface based facial rigging system for a client's student film - which I will share the process video of at a later date.

In December, FlippedNormals is going to feature my store as a seller of the month, so hopefully I'll be able to get a promotional video done in time.    It's tricky to track down the videos people make using my assets but I've gathered one or two already - plus FN has given me accses to their cool music library.

I haven't touched our next film in months and don't have any time to do so in the near future.  Good thing is that it's halfway boarded, and most of those boards are in the animatic.  We've also got a killer lead actor for the main voice.  One of these days we'll get back onto it in earnest.  Since the birth of my son, I only have time for one or two things per day after work and regular chores - and sadly, my passion project doesn't make the cut usually.

Like and Follow has been getting more and more requests for festival screening.  Tobi and I have stopped seeking out screens - after a full year of promotion we're both pretty tired of festival marketing.

I'm reading Ken Williams' book about the rise and fall of his company Sierra On-Line - very interesting stuff, a real page turner.  When I'm done I'll write my thoughts about it here. 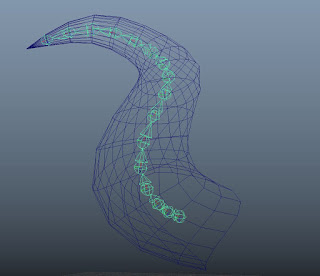